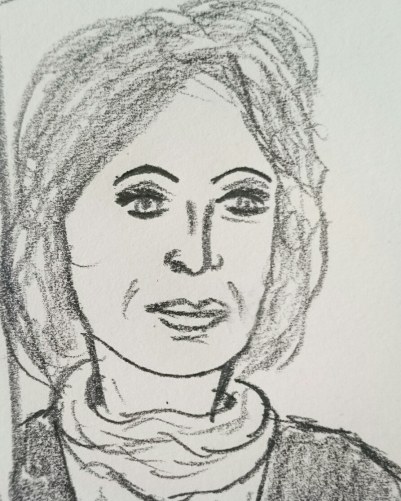 “Lois Kaminsky (1936-2017). Originally a leading Freudian psychoanalyst, she ‘turned apostate’ and later became a noted philosopher of science. Although her groundbreaking work on conceptual spaces in the processes of cognition is considered her most important contribution, leading to new paths of research in neuroscience, she is probably best known for her controversial 1978 bestseller, ‘The Freudian Vagina: A Mythos of Misogyny.'” Pencil sketch.