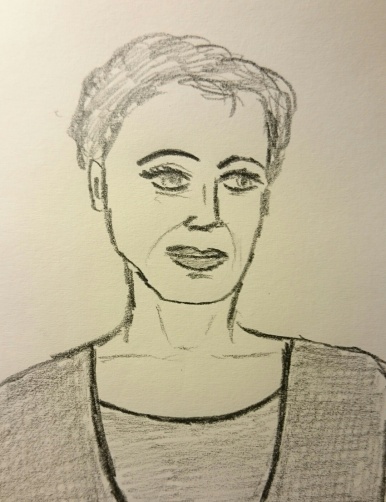 on’t get the shiver as often as I used to. The semi, quasi (pseudo?) epileptic spasm that re-sets my psyche, restores it to its more natural state, after a particularly acute attack of the strange mental ailment that has accompanied me for many decades, for the whole of my adult life. The shiver comes so rarely now that when it happens, I’m startled by the sudden memory of how often it used to serve me, help me, restore me for a time. And even further, by the memory of how it used to come even before the onset of my mental ailment, how it was once an integral, secret, precious aspect of my essential, healthful nature. In those days, it came not as a solace or restorative, but as a piercing, heightened sense of being, as a … I honestly can’t describe it. But I do think those early instances were similar to accounts I’ve read of the intense feelings of well-being, connection and transcendence that some people with epilepsy experience just before a fit. It was never so cosmic as, say, Dostoevsky describes, and it was never followed by the pain and anguish of an actual epileptic fit. But this is the closest I can come to describing what I experienced – and, in the rarest moments, still experience. Nowadays, given the high and persistent level of mental anguish caused by the affliction, the energy of the shiver, when it comes, is taken up almost entirely with simply getting me back to something resembling an even keel in the most ordinary way; there’s not enough energy left in it to elevate me to a higher plane, as in my younger days. Still, I’m grateful that it has not entirely abandoned me.” Pencil sketch.