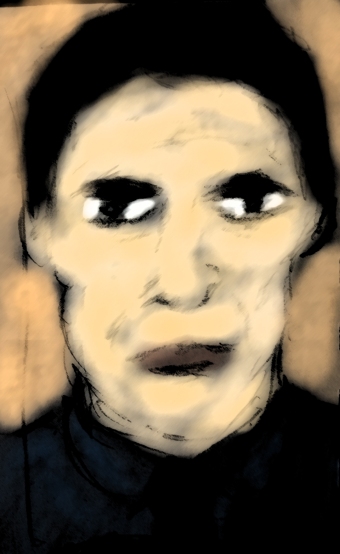 Dmitri Semyonovich Maslov (1878-1937). The “Peasant Poet” (dubbed by Western critics as the “Russian John Clare”). Maslov was taken up by figures such as Vladimir Bryusov, Aleksandr Blok and others who made much of his “primitive lyrical power” and closeness to nature and the peasantry. Although a staunch if nuanced supporter of the Revolution, he was frequently censored by the new regime and hounded by RAPP (Russian Association of Proletarian Writers) for his adherence to “outmoded poetical forms.” He spent his last years in penury, unpublished, ignored, working in an auto plant in Moscow. He died of lung cancer in August 1937.

Mercy, majestic as it moves,
a slow lazy dog testing
the resonant nerves of October.

Caught in the light at the New Gate,
divine mimesis of a loving mode,
the aura’s obstinate application.

The waters pour in equal measure
through all four quadrants of the camp.
The moon cheers with its metallic tang:
a marriage of provision and need.

The tigers of love, silvered
by the river’s lunar sheen,
blandish their immanent taboo
toward the forest’s colonnade.

The spirit teeters between sanity
and madness in three languages.
Invite the risk, pour out the urn,
pull down the gate, sing to the red music.
Sing.